We did it guys! We made it through last week, and now it's a new week, which means a new episode of Buffy the Gilmore Slayer! This week we watched the season finale of both shows. Gilmore Girls S1 E22: "Love, Daisies and Troubadours"  & Buffy the Vampire Slayer  S1 E12 "Prophecy Girl"

Luke deals with his emotional issues by doing unrequested construction at Lorelai's house. Meanwhile Rory and Dean share the most aggressive kiss we've ever seen. We can't figure out why Paris's friends actually like her or why Sunnydale high seems to have more than one prom.  Xander decides to swallow his pride and open his lungs to save Buffy. We disagree over who does a better Giles accent. We'll let you decide who it is, but it's obviously Stacey. And you'll never believe the sound Bryan makes when he's putting clues together. 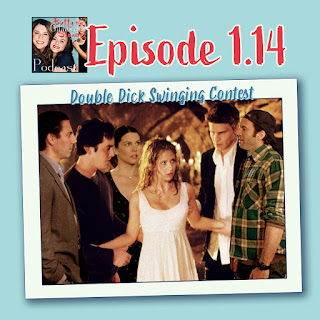