Were these episodes as bad as IMDb thinks? You're gonna find out on The Worst Episodes of the Season?

The internet doesn't think very highly of these episodes, but we'll be the judge. Two sweet men attempt to subtly seduce Sookie & Lorelai, while two sweet kids convince some checked-out moms to publicly execute their daughters. Lorelai may have to lie under oath to appease her mom, meanwhile Buffy's nearly put to death for being completely honest with hers. Willow & Rory's secret attempts to do nice things for their friends backfire, nearly resulting in death, Willow by stake burning. Rory by dull sword. And we've uncovered a Harry Potter crossover conspiracy that you've gotta hear to believe! 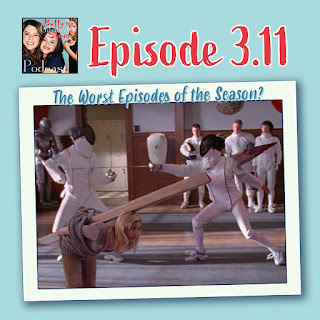